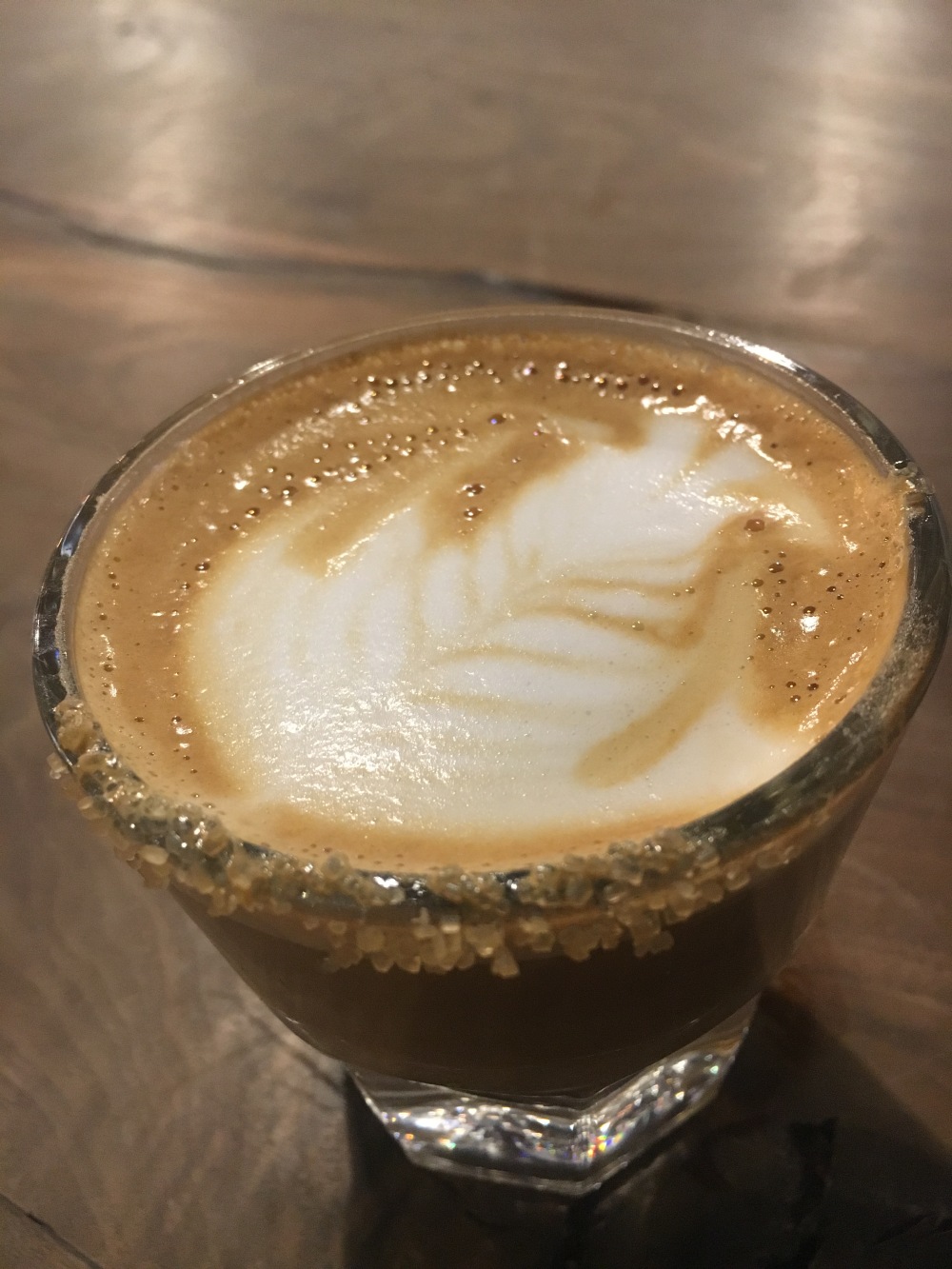 Maybe it was a byproduct of serving in the Army where fresh coffee wasn’t always available in the field. Maybe he was ahead of his time. Maybe he just needed the caffeine rush. Whatever the case, I have vivid memories of my uncle drinking coffee hot, cold and all temperatures in between. He just always seemed to have a cup in his hands, even if that cup had been sitting out on a counter all day long or beside the Volkswagen he was working on, or just in reach as he worked on a model car or ship.

I loved my uncle and so every so often, I’d try a taste. Despite my devotion, occasional sips here and there had convinced me coffee was not my thing.

That changed when I fell in with a couple of friends who enjoyed hanging out late into the night (or early into the morning depending on your perspective). We’d “camp” at a table and order our coffees. The server would bring a carafe likely older than I was at the time along with a bowl heaped with creamers.

We’d pour at least as much creamer as we did coffee into our heavy, ceramic mugs, adding unhealthy amounts of sugar to make the poison water palatable. Pot after pot, we drank. And we’d small talk and doodle and dream. We became regulars and though I’m certain we didn’t tip well, we became a sort of late-night misfit family with those people who find themselves fighting boredom or fears of living mediocre lives or whatever else it was that drew us to spend so much time together sipping creamer and sugar with a splash of coffee.

Gradually I stopped adding the creamers and sugar and started drinking my coffee without adding the things to make coffee taste like something else.

What I found was the temperature, the flavor, the cup wasn’t what I had come to love about coffee. It was the community. The way you can hold a cup and watch the steam rise as you listen to a friend pour out their heart. It was the way you can put on a pot of coffee and use the time to organize your thoughts or to settle into a creative space or open up your life to someone. It was what happens when coffee is enjoyed with another.

The public house, the European salons, the small town diners, the franchised coffee shops of today all tap into this experience. The way sharing a drink or a meal or just time at a table with others is good for the soul.

I’m not offering opposition to the advent of single-serve, on- demand cups of coffee, but I think I’ll always prefer an ancient plastic carafe placed in the middle of messy lives struggling to figure out the questions we all struggle to answer.

So wherever you are, grab your cup friend. Here’s to you! Here’s to us! Here’s to fancy cortados and bitter grounds and cold cups of day old coffee and all that sharing them together can mean in a world that often attempts to drive us apart.

Life is better together,
Shawn

This site uses Akismet to reduce spam. Learn how your comment data is processed.